How Big is a Brown Recluse?

The brown recluse is known for being one of North America’s dangerous spiders. Somehow over the years, they’ve gotten a really bad reputation, even though these spiders aren’t typically aggressive, and very rarely bite humans. In fact, the brown recluse is often blamed for bites from insects or other types of spiders. And this case of mistaken identity doesn’t end there: Brown recluse spiders may often be confused with other spider species, too! Learn how to identify a brown recluse, so that you can up your spider savvy. 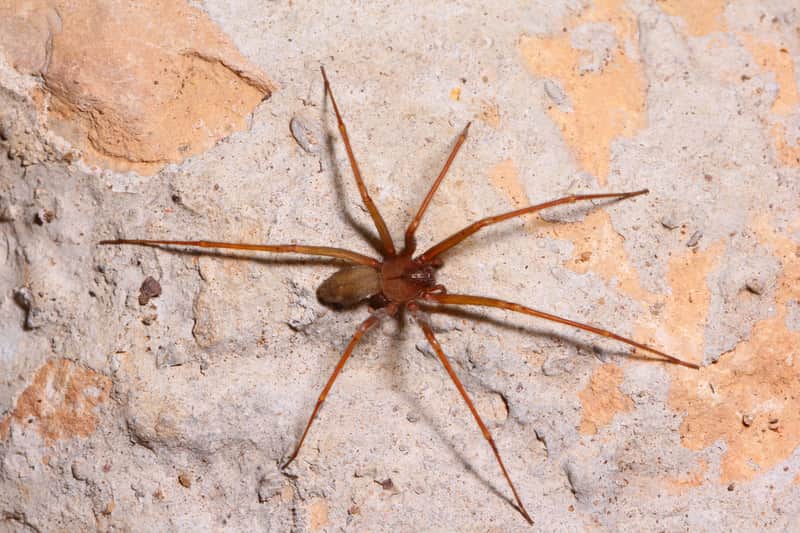 Because the brown recluse is so hyped up and feared by many people, you might expect it to be massive with legs that can cross city limits. But these spiders are actually pretty small. They’re only about the size of a quarter when they have all of their legs extended. So, if you see a huge brown spider, it’s not likely to be a brown recluse.

As the name suggests, these spiders are brown to tan in color. A brown recluse’s legs are smooth and the same color as its body, with no special markings.

As many people know, brown recluse spiders do have violin-shaped markings on their backs, which is why they’re sometimes called “fiddle-backed spiders” or “violin spiders.” Many brown recluse pictures will highlight this fact, though it’s important to note that there are several other species that have similar markings. A better identifying feature is the brown recluse’s eyes: They only have six eyes (or three pairs), while most spiders have eight (or four pairs).

How Can I Recognize a Brown Recluse Web?

Brown recluse spiders hunt their prey instead of catching it in webs. Therefore, if you see a spider’s web holding trapped insects, it probably doesn’t belong to a brown recluse. Recluse webs will typically be out of sight, and are used for shelter and nesting, rather than catching prey. They are usually off-white or grey in color, and tend to look very disorganized (as opposed to the lovely symmetry of an orb weaver’s web).

Where Would I Find a Brown Recluse?

First of all, it’s unlikely that you’re going to come across one of these spiders unless you’re looking for it. True to their name, brown recluses are “reclusive,” meaning they’re shy and like to hide. Dark and dry places like woodpiles, rocks and other debris tend to be the preferred habitats of brown recluse spiders. Inside houses or garages, they may live in attics, basements, boxes and under tarps. They’ve also been known to get cozy in gardening gloves, clothes that haven’t been worn in a while or shoes, so make sure you shake those out if you live in a region where brown recluse spiders are found.

Now that you know more about the brown recluse, you might not fear this little creature so much. However, if you do think you have a brown recluse problem in your home, or a general spider problem for that matter, Terminix® can help. Learn more about how a Terminix solutions can help you.