While it’s easy to think of bats as creepy creatures that dwell only in the dark and haunted houses, that’s only partially true. Bats are nocturnal animals—but there’s no scientific evidence linking them to haunted houses. In fact, many different species of bats can be found all over the United States in any type of home. Keep reading to learn more about several different bat species. 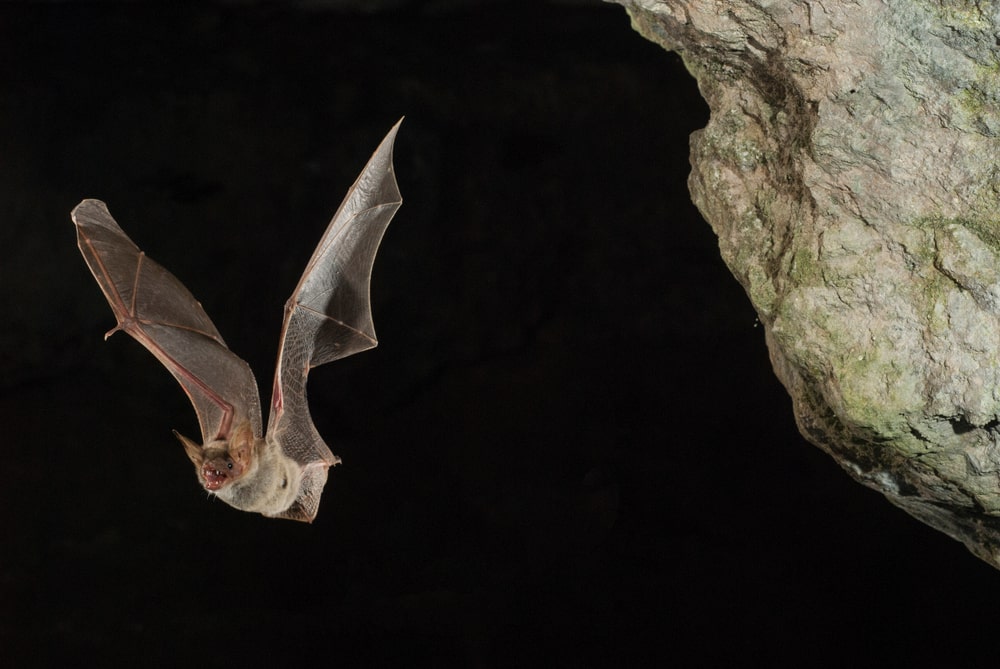 Bats are the second most diverse order of mammals in the animal kingdom after rodents. There are thought to be around 1,000 species worldwide. Those species and subspecies are all categorized into taxonomic families. In North America, there are four families of bats: Mormoopidae, Phyllostomidae, Vespertilionidae, and Molossidae. Which species of bat you may come across will vary depending on your geographical location.

This family of bat only has one species found in North America: the ghost-faced bat. This bat is found in the Southern United States, specifically in Southern Arizona and Southern Texas. The ghost-faced bat prefers to be near desert shrubs, and may make a home in caves, tunnels, mine shafts, and occasionally old buildings. They prefer both high temperatures and high humidity. The ghost-faced bat is most notably recognizable due to the leaf-like appendages that protrude from its chin, in addition to its large round ears that join at the forehead. It is a medium-sized bat that is a dark reddish-brown in color.

Species of bats in the Vespertilionidae family are sometimes referred to as Vesper or evening bats. In total, there are around 400 species within this family around the world. Because different species of this bat can be found in both tropical and temperate climates, they are fairly widespread across the globe. Generally, vesper bats have small eyes, well-developed tails, and long wings. In the Uni ted States, the two most common bats are the Common Big Brown bat and the Common Little Brown bat. There are a number of other Vesper species which you may see while you travel across the United State s or are more common in your area including:

It’s important to note that many of the species in this family are listed as threatened or endangered in the United States.

The Molossidae family of bats is also known as free-tailed bats. This is because they have a bony tail that extends to, and sometimes beyond, the end of their tail membrane. This tail serves a purpose: these bats will sometimes crawl backward on land, with the help of their tail as a feeler, of sorts. There is a large range in size for bat species in this family, though all have long, narrow wings. They often have short, broad muzzles and short, broad ears, and they will sometimes have a distinctive pad over their noses. Most are brown or black in color but can have a reddish tint to their short fur. They are sometimes referred to as mastiff bats, due to a superficial facial resemblance to that type of canine. Species of bats in this family include the Mexican free-tailed bat, the Brazilian free-tailed bat, and the pocketed free-tailed bat.

So while bats may not be the prettiest of creatures you may come upon, there is a lot more to this diverse order of mammals than the vampire tales and myths might suggest.