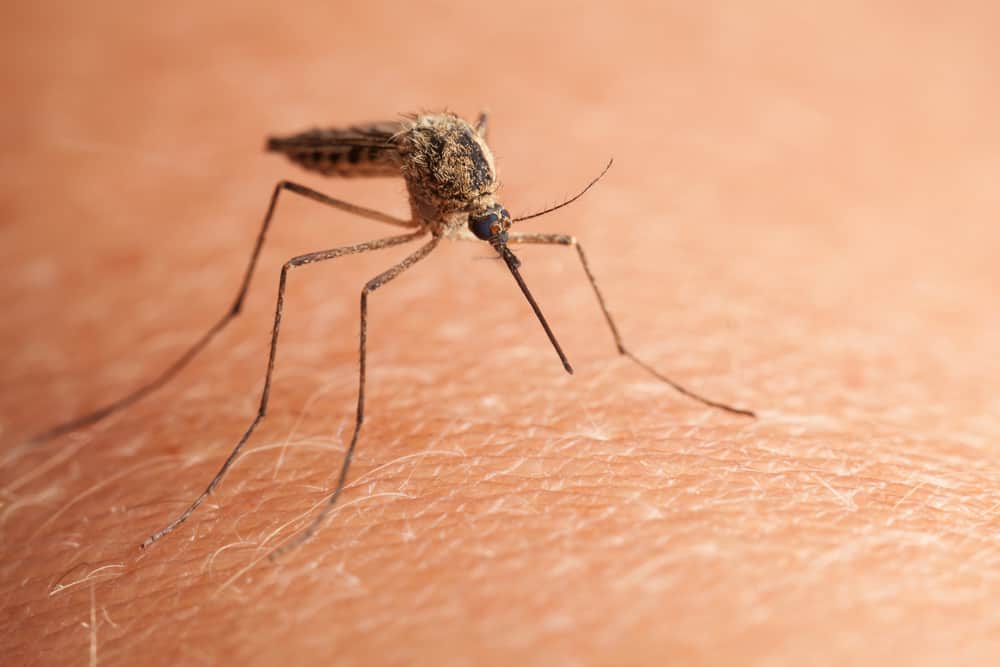 Below, you can see pictures of different species of mosquitoes, mosquito bites and conditions that are conducive to mosquito activity.

The Asian tiger mosquito is about one-fourth of an inch in length. These mosquitoes can be found in at least 26 states in the U.S., including most of the southwestern states and as far north as Illinois and Minnesota.

The Yellow fever mosquito is about a quarter of an inch in length. These mosquitoes can be found across 23 states in the U.S., including the southeastern states and some northeastern states. They are especially common in the gulf states of Florida and Louisiana. These mosquitoes are the most common vector of mosquito-borne diseases like dengue fever, Zika and chikungunya. However, these are diseases that are rarely found in the U.S.

Female mosquitoes need blood to produce eggs and will often bite humans for a blood meal. Often times, these mosquito bites can cause an allergic reaction that leaves itchy, red welts on people. And sometimes, the mosquito can carry pathogens that may cause disease through the bites.

All mosquitoes go through a metamorphosis, passing through the egg, larva and pupa life stages before becoming an adult. Adult female mosquitoes lay their eggs in and around standing water, and then the eggs hatch into mosquito larvae. You can sometimes see these larvae in areas of standing water.

As mentioned above, mosquitoes breed in and around standing water. Mosquitoes can lay an average of 100 eggs in a container the size of a bottle cap. It's important to inspect your yard for any standing water and empty sources on a weekly basis to help reduce mosquito breeding opportunities.

If you have mosquito issues in your, or want to help avoid any issues before they start, we can help. Learn more about our mosquito service today.